CATS TURN INTO MONSTERS AGAINST CABOT 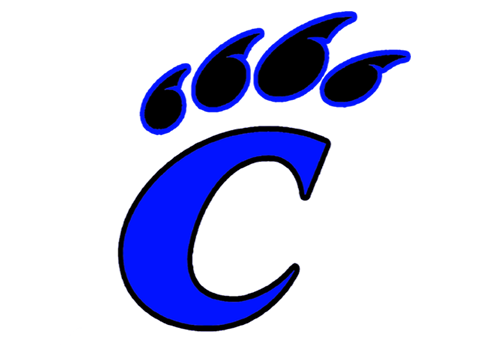 Somewhere between Conway and Cabot, there may be a giant phone booth.

In that hidden location Friday night, the Conway football team, expected in Cabot to appear as Clark Kent, turned into Supermen.

The Wampus Cats, off the their worst start in recent history at 0-5, walked into Panther Stadium and gave 5-0 Cabot a pummeling worthy of a comic villain.

They spotted the Panthers 14 straight points, then rang up 37 straight themselves on the way to 37-14 victory. You may have to look through quite a few record books to find a Cabot team that has surrendered 37 straight points, particularly on its home field ane especially under coach Mike Malham.

Conway did it under the guidance of a sophomore quarterback, Jovoni Johnson (the third the Cats have utilized this season), who had a nicely crafted game plan to accentuate his positives and not give him more than he could handle. And gaining confidence as the game went along, Johnson threw two touchdown passes.

The Cats poured vinegar into the Panthers’ planned celebration punch, depriving Malham of a victory that would have made him the winningest high school coach in Arkansas history.

So, what in the heck happened during during a week that Conway fans were agonizing over a possible 0-fer and Panther fans were greasing their machine for a state title run?

First, as Lou Holtz has always maintained, nothing is as good as it seems or as bad as it seems.

Last week, Conway was outmanned and overpowered against North Little Rock, which appears a cut or two above everyone else in 7A Central. But in the Cats’ other four games — against arguably the toughest early schedule a Conway team has ever faced — they were a play or two or a break or two from winning. They lost four games by an average of 5.5 points and had a chance to win all with a possession in the last two minutes.

Cabot had won five in a row but had struggled and were a play or two or a break or two from losing.

There was not as much separation between the two teams as the records would indicate.

At the coin toss, the Cats deferred Murphy’s Law to the Panthers.

And Conway, which had been plagued by key turnovers and mistakes in five losses, did not have a turnover. Cabot had two turnovers turn into scores and was plagued by penalties.

And the Cats won with old-school smash-mouth football, dominating the Panthers on both sides of the line of scrimmage. The Cats had three backs (Michael George, McCall Dail and Kip Vanhoose, run for touchdowns. They also sustained scoring drives with fourth-down runs. Conway held Cabot, hampered by a second-half injury to star quarterback and all-purpose back Jarrod Barnes, to 114 rushing yards and 154 total.

But is seems there was something more.

Character. Sometimes, character shows up the most during a nosedive instead of an upswing.

In face of five straight defeats and their fans scratching their heads and questioning and in the wake of a 38-7 defeat, the Cats could have completedly fallen apart against an undefeated traditional state power on its home field.

Instead, the Cats generated their best performance of the season.

The CHS coaches kept working and stayed with them. But there comes a time during adversity that coachspeak is shoved into the shadows and the drive, perseverance and fortitude of the players has take over. At some point, folks with playing eligibility have to say enough is enough. Young guys can provide a spark but upperclassmen leadership has to be the foundation.

The good news for Conway, despite those bruises and scratches in six games, the remaining four opponents (Fort Smith Northside, Little Rock Central, Little Rock Catholic and Bryant) are not as tough collectively ... Click here to read full article