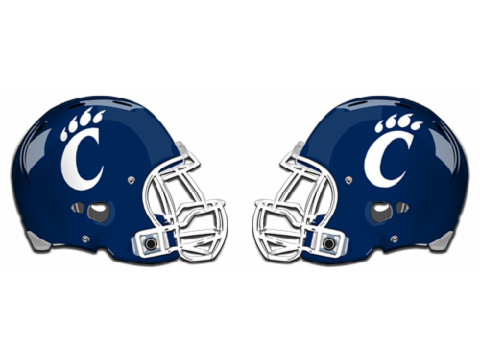 The Bentonville Tigers have reeled off three straight victories after falling to Rockhurst in the opening week of the season. Bentonville’s offense showed what they could do against Bixby on September 9th. Against Siloam Springs, the Tigers defense was very stingy in the points that they allowed. The Conway Wampus Cats entered the game Friday determined to pick up a victory.

The game between the Wampus Cats and the Tigers would be a defensive a battle from the start. Bentonville was more effective from an offensive standpoint, the Tigers gained 363 total yards compared to the Wampus Cats 185 total yards. Neither team was able to put the ball in end zone as often as they would have liked. Both Conway’s and Bentonville’s defenses did a good job of causing problems for the opposing offenses.

Conway would get the scoring started in this game. The Wampus Cats would drive 56 yards and score on a pass from Parker Teague to Jack Pillow. Conway would not be able to find the end zone the rest of the game. Bentonville would get on the score board before the first half ended. Ben Sellers would get the Tigers on the board with a run from four yards out. Destyn Adkins would punch the ball in from the Conway eight yard line with under a minute to go in the first half to make the score 13-7 Bentonville. Late in the game, Bentonville would tack on another field goal to make the final score 16-7.