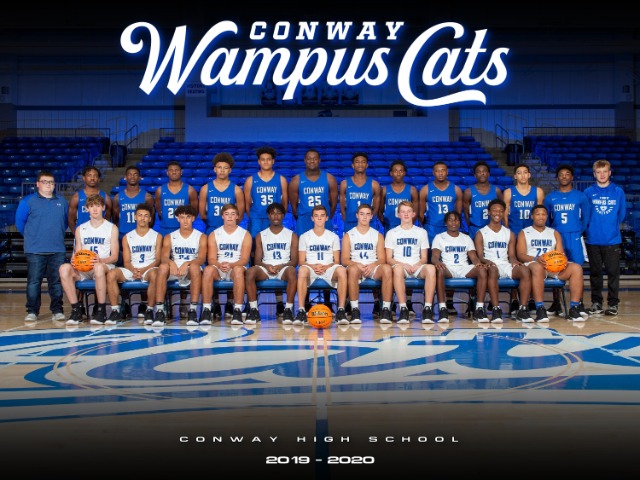 Webb City's Gary Clinton hit the first free throw to tie the game with 2.3 seconds left in the fourth quarter, but it was the last time his team scored. Caleb London led all scorers with 26 points for Conway (2-1), which led 36-33 after three quarters. Sophomore Mekhi Garrard led Webb City (1-2) with 23 points.

The Cyclones pulled away in the second half to claim the victory. Russellville (5-2) led 27-26 at halftime but led by 10 after three quarters. Jackson Shafer and Taelon Peter led four Cyclones in double figures with 16 points each. Trey Allen added 15 and Donyae May 12. Xavier Robinson and Trey Tull led Conway (1-1) with 12 points each, while Caleb London added 11.