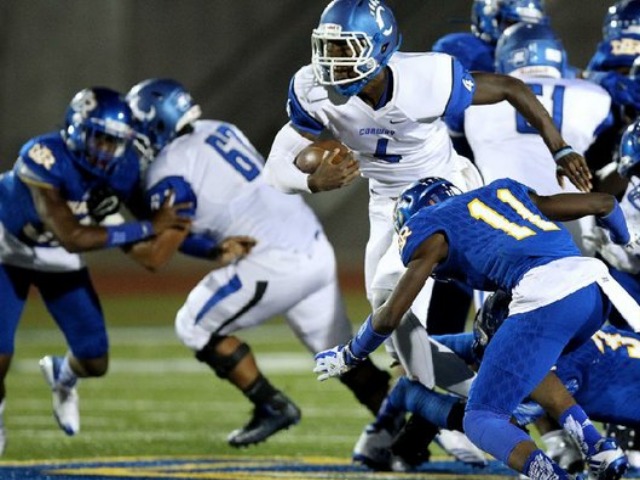 Coach Chad Morris and offensive coordinator Joe Craddock saw him at the Natural State Elite Camp in Arkadelphia on June 2 and at the Razorback QB/WR Academy on June 14.

“I met Coach Morris and Craddock at the Natural State Camp, and we talked there,” Johnson said. “I did well, and they invited me up to the Hill for the QB/WR camp. I went up to the camp ready to work, and I had a fun time with the guys. The coaches were all nice, and the energy was great.”

The combination of camp atmosphere and the offer made for a great day.

“I really liked the camp environment,” said Johnson, who has a 4.2 grade point average and has scored a 34 on the ACT. “I got to learn some more of the Arkansas offense and earned a walk-on offer, so I’d call it a pretty successful camp.”

“Slowly picking up interest. It’s been fun,” he said.

Former Razorback and Dallas Cowboy quarterback Clint Stoerner, who works with Johnson, said the Conway product has an “extremely high ceiling.” The game recently slowed down for Johnson.

“He clicked about two weeks ago,” Stoerner said. “He was dropping and just reacting where the receiver was and just letting it rip. He goes to Arkansas, and they offer him a preferred walk-on. A month ago that would’ve never happened.”

His athleticism and size affords him the opportunity to play other positions in college should quarterback not work out.

“I think his frame is going to allow him to play … at least be a candidate at tight end or split end or outside linebacker,” Stoerner said.

Johnson is looking to continue his progress and helping the Wampus Cats this season.

“I’ve been stressing work with tidying up footwork and adding some more arm action and different strokes, so I... Click here to read full article